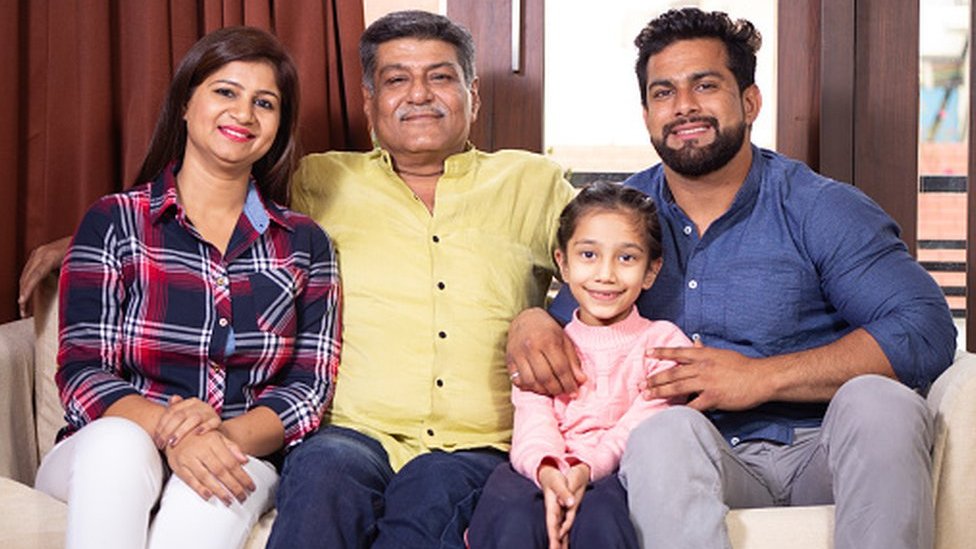 When a company sends a salesperson into the Indian market, the goal is to fill the order book as quickly as possible – there is no time for that person to build ongoing relationships.

The result at best is a quick transaction based on price.

India is a country where relationships drive and impact all aspects of business. That is “how they do things there” and expect us to be the same.

Some tips for relationship building in these tough times:

You can build good relationships during Covid by hosting a zoom or similar catchup to see how things are going – no big agenda, share experiences and listen.

You can join groups and chambers and be seen as a player.

You can accept the intangibility of relationships and give your key executives time and resources to build them.

You can look up Indian culture, architecture and history so you can have informal conversations about things close to their heart.

You will need strong curiosity and listening skills.

Really, decisions about future business with India need to be C-Suite and Boardroom driven, based around a minimum three-year strategy. And giving your people the right to spend time on the intangible of relationships is the best first step.

Infosys, a global IT firm headquartered in Bengaluru, joins the “big four”

Infosys Ltd this became the fourth Indian firm to reach a market capitalization of US$100 billion.

The IT services company has joined TCS (Tata Consulting Services), Reliance Industries, and HDFC Bank in passing the US$100 billion market value threshold.

Reliance Industries (originally a petroleum business but now diversifying to telecoms and retail) is the most valuable company, valued at US$184.69 billion), followed by Tata Consultancy Services (TCS) at US$181.18 billion and HDFC Bank at US$113.51 billion.

Something else to turn your mind to India – India’s GDP is likely to grow at 18.5% in the April-June quarter this year, according to an SBI report.

According to GlobalData, Indian entrepreneurs received US$ 16.9 billion in venture capital investment in 2021, second only to Chinese peers in the Asia-Pacific (APAC) region.

According to GlobalData’s financial transactions database, 828 venture capital financing agreements were reported in India between January and July 2021, with a total declared funding value of US$ 16.9 billion.

Flipkart raised US$ 3.6 billion, Mohalla Tech (ShareChat) raised US$ 502 million, Zomato raised about US$ 500 million, and Think and Learn (Byju’s) raised US$ 460 million in India between January and July 2021.

“While several of the top major countries globally saw a drop in VC financing value in July compared to the previous month, India managed to display growth despite a decline in VC funding transaction volume,” stated Mr. Aurojyoti Bose, Lead Analyst at GlobalData.

India has becoming a digital-first economy as smartphone usage has increased and mobile Internet has become cheaper. As a result, IT firms have benefited the most from this trend.

According to GlobalData, India has the world’s third-largest tech unicorn ecosystem, after only the United States and China. VC investors are showing interest in companies in e-commerce, social media and social networking, food delivery, edtech, and digital payments at the COVID-19 pandemic, according to Mr. Bose.

Bosch and Monash University team up on “smart agriculture” 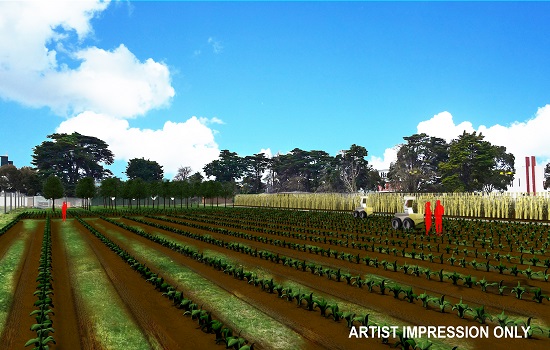 When you think Australia you might call to mind minerals, vast fields of agriculture or cricket.

But there is another reality about Australia – it’s a smart place.

International companies are leveraging Australia’s talent, government support and research to boost productivity, competitiveness and growth – according to data from Austrade and Boston Consulting Group.

Forty-eight out of Boston Consulting Group’s top 50 most innovative companies operate in Australia. These companies have partnered with Australian organisations to research additive manufacturing, renewable hydrogen technology and cloud supercomputing, among other areas.

Hyundai, Fortescue and CSIRO are working together to develop renewable hydrogen technology. The group seeks to:

The Johnson & Johnson Innovation Partnering Office @ Monash is a hub for researchers and early-stage companies. The facility allows them to develop novel pharmaceutical, medical devices, and consumer healthcare solutions.

So, from the land of minerals, farming and cricket – there is also an advanced technology reason to team up with the Aussies.

He announced a speeding up of talks with India last week and chose the launch of the Canberra chapter of the Australia India Chamber of Commerce to also announce an update of the India Economic Strategy.

This is a great time for business to step forward. You can have a say. You can be at the FTA discussion table.

The Minister said he had asked former Prime Minister, Tony Abbott, to visit India for meetings around the Comprehensive Economic Cooperation Agreement (which is an FTA).

He announced to the AICC that both countries were hopeful of concluding negotiations this year – a dramatic ramping up of the pace.

The AICC has the Hon. Ted Baillieu AO as its Founding Patron.

Major announcements made at launch of Canberra chapter of Australia India Chamber of Commerce. 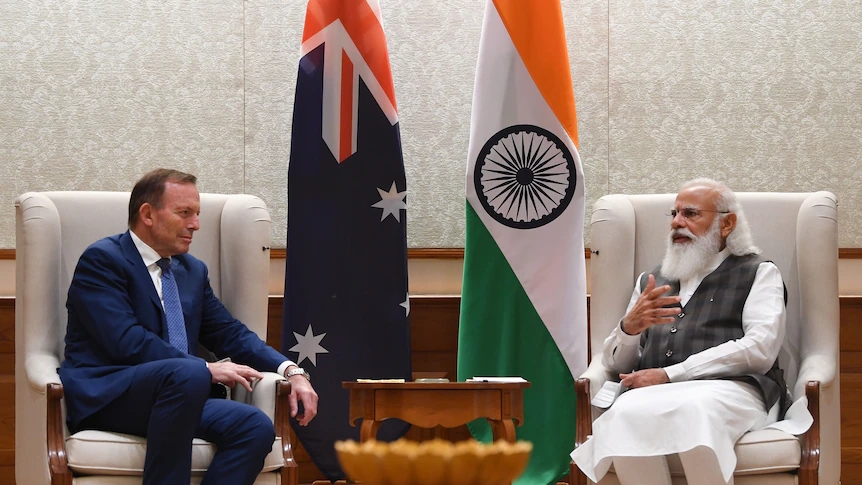 The Australian Trade Minister, The Hon Dan Tehan MP, chose the launch of the Canberra chapter of the Australia India Chamber of Commerce to announce both a speed up to negotiations on a Free Trade Agreement and an update of the India Economic Strategy.

The Minister said he had asked former Prime Minister, Tony Abbott, to visit India for meetings around the Comprehensive Economic Cooperation Agreement (which is an FTA).

He announced to the AICC that both countries were hopeful of concluding negotiations this year – a dramatic ramping up of the pace.

The Minister pointed to trade and investment in areas such as critical minerals, infrastructure, energy, technology, agribusiness, education and space.

AICC in Canberra is led by Tony Huber, a Director within DFAT and former Consul in Mumbai, and Deepak Raj Gupta, former Member of the ACT Legislative Assembly. 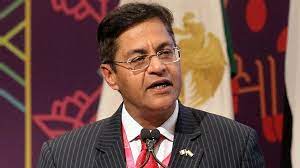 We all know the mega cities of India such as Mumbai, and everyone wants to be there, but what about the tier 1, 2 and 3 cities which account for:

50% of all Mercedes Benz sales in India

50% of the entire digital economy

You can see why India is set to be the world’s fastest growing large economy in the years 2021 and 2022.

Well done to the Australia India Chamber of Commerce for this event.

India proudly celebrates Independence Day to cherish the idea of oneness and remember the sacrifices that freedom fighters made during their struggle against the British empire.

What really hits me about this day is the feeling people have about the glory of India’s struggle. It is a kind of mindset that “if we can do this, then anything is possible”.

Sundaram Business Services has a deep understanding of Australian business.

Indian firms like Sundaram Business Services in Chennai and Australia should be on your radar for tech innovation – in addition to their tech innovation capabilities, SBS has been active in Australian business for many years and knows the business environment very well.

A KPMG survey ranks India third among countries that show the most promise for tech innovation.

Tech innovation is most successful when the supplier has a deep understanding of your business. This is like a mantra for the SBS group – building innovation on the sound basis of business understanding.

There has to be cross cultural understanding and good communication.

Whether it is Artificial Intelligence, Machine Learning or other innovation, success is gained when the supplier has the capacity to how your business works and what your needs are in the market.

More than 800 industry leaders were surveyed for the report which said 39 per cent believe global ‘hub’ cities such as London, Singapore, and Tel Aviv will continue to play a vital role, enabling talent to coalesce and collaborate in communities with a solid digital infrastructure.

Mr. Girish Mathrubootham started Freshworks without any special help, nor did he come from wealth.

There are so many startup and unicorn stories in India today – and we know there will be more tomorrow.

Consider Freshworks which began eleven years ago and is now a huge firm with more than 3,800 team members and offices all over the world.

Mr. Girish Mathrubootham started Freshworks without any special help, nor did he come from wealth.

“We were only a six-person company operating out of a tiny garage in Chennai over eleven years ago. I didn’t have a gilded CV or come from a wealthy household, but that didn’t stop me from dreaming big.”

“I recognise that not every creator is as lucky, which is why as an angel investor, I have funded more than sixty startups,” he continued.

Now Girish Mathrubootham of Freshworks, Mr. Manav Garg of Eka Software, Mr. Shubham Gupta ex-Matrix, and Mr. Avinash Raghava ex-Accel have teamed together to establish a founders-first company called Together Fund in an effort to boost entrepreneurial enthusiasm in India.

The fund, which has a US$ 85 million initial capital, aims to assist India’s finest SaaS entrepreneurs in building, scaling, and winning together, therefore creating India as a true product country. Together Fund is India’s first and only venture capital fund run by founders. They operate some of India’s most well-known SaaS businesses in addition to being founding partners of Together.

The future of startups and innovation is looking good for India.