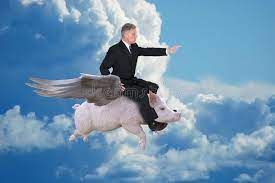 Trade presents as a very mixed story for countries in the Indo-Pacific region – there appears to be both peril and opportunity ahead.

On the peril side – lockdowns, disrupted supply chains, security tension and travel restrictions.

What’s on the opportunity side?

Not much, but we should be optimistic.

The plunge in world trade could be bottoming out. Weak global growth could turn into moderate growth. Closed borders might soon open. And tensions around key areas of trade, technology and security (ie around China) could stop festering.

What do you think is ahead?

First mission of the UK’s new mega aircraft carrier The Queen Elizabeth, was into the Indo-Pacific which is the world’s hottest region right now.

Globally the key strategic location of the world is moving this way – to the Indo Pacific region – and it is happening with some urgency.

Because of the economic success, military preparedness, activity in the region and the general rise of China.

Urgent discussions are happening among democracies and those in the region – such as India – are seeking defence support to balance things with China.

It is all happening in a rush.

India is fast tracking strategic discussions and arrangements and just completed some ground-breaking strategic deals with the UK and the European Union.

Of symbolic importance, the first mission of the UK’s new mega aircraft carrier (The Queen Elizabeth) was into the Indian Ocean.

The language of all these deals is about China – without mentioning the name. For example, most seek “an open, free, inclusive and rules-based Indo-Pacific region, underpinned by respect for territorial integrity and sovereignty, rule of law, transparency, freedom of navigation and overflight in the international seas, unimpeded lawful commerce, and peaceful resolution of disputes”.

That’s a lot of words but it adds up to one word – China.

A secure region is good for us all. A region too keen to go to war is not good for us.

On the extremes of the discussions are those who eagerly await the “drums of war” – let’s just remember that these are either the same people or in the same lineage as those who took the west into disasters such as Afghanistan, Iraq and many more right back to and including the Vietnam War.

They have been wrong every time.

Can the Indo-Pacific region achieve peace without repeating these mistakes?