How is India different?

So, there is one guide to India’s difference – in my own words – despite having some internal conflicts of its own, the Indian starting point is non-violence, kindness, love and compassion. Not saying it always works out that way, but…

How many other cultures can we say this for? Think how strongly the concept of “revenge” has taken hold in the west – someone does wrong by us, we will “track them down”. Just one example of a different mindset.

The Dalai Lama has lived in India since 1959, and he also called for a “revolution” in India’s education system by combining its 3,000-year-old ancient tradition of high moral teachings with the modern education. This would be a good thing everywhere.

“Those mental quality subjects like non-violence, love, kindness and compassion should be included as an academic subject instead of religious teachings,” the 84-year-old said.

What do you think?

Plans to build a giant solar power and battery facility in central Australia to supply electricity to Singapore will go ahead thanks to backing from tech and mining billionaires Mike Cannon-Brookes and Andrew ‘Twiggy’ Forrest.

The duo are co-leads on an investment round for Singapore-based Sun Cable‘s $22 billion proposal for a 10-gigawatt (GW) solar farm and 22GWh battery storage near Tennant Creek, in the Northern Territory.

Solar is stepping up while the Australian Government continues to step back – locked into an ideological stance of opposing any alternative to coal and denying any impact on the climate. Sad to see this continue.

Singapore gets 95% of its electricity from imported LNG and Sun Cable hopes running a 4500km high voltage direct current cable from the 15,000 hectare site – around a quarter of the size of Singapore itself – via Darwin to the island state will supply up to one-fifth of the city’s power needs. It will be the world’s largest solar farm and also supply the NT capital.

Central to the project is Sydney solar energy startup 5B, founded by Chris McGrath and Eden Tehan in 2013.

If Australia makes this happen, we can become the biggest energy supplier to the Asian region – Indonesia, Malaysia and more.

The project is expected to take six to seven years to complete.

Big Battery gets bigger too

The 50 MW/64.5 MWh expansion, supported by Tesla, will be the first grid-scale battery in Australia to provide inertia benefits to the National Electricity Market (NEM), which is critical to grid stability and the future integration of renewable energy.

Solar looks set to change history – for the better. 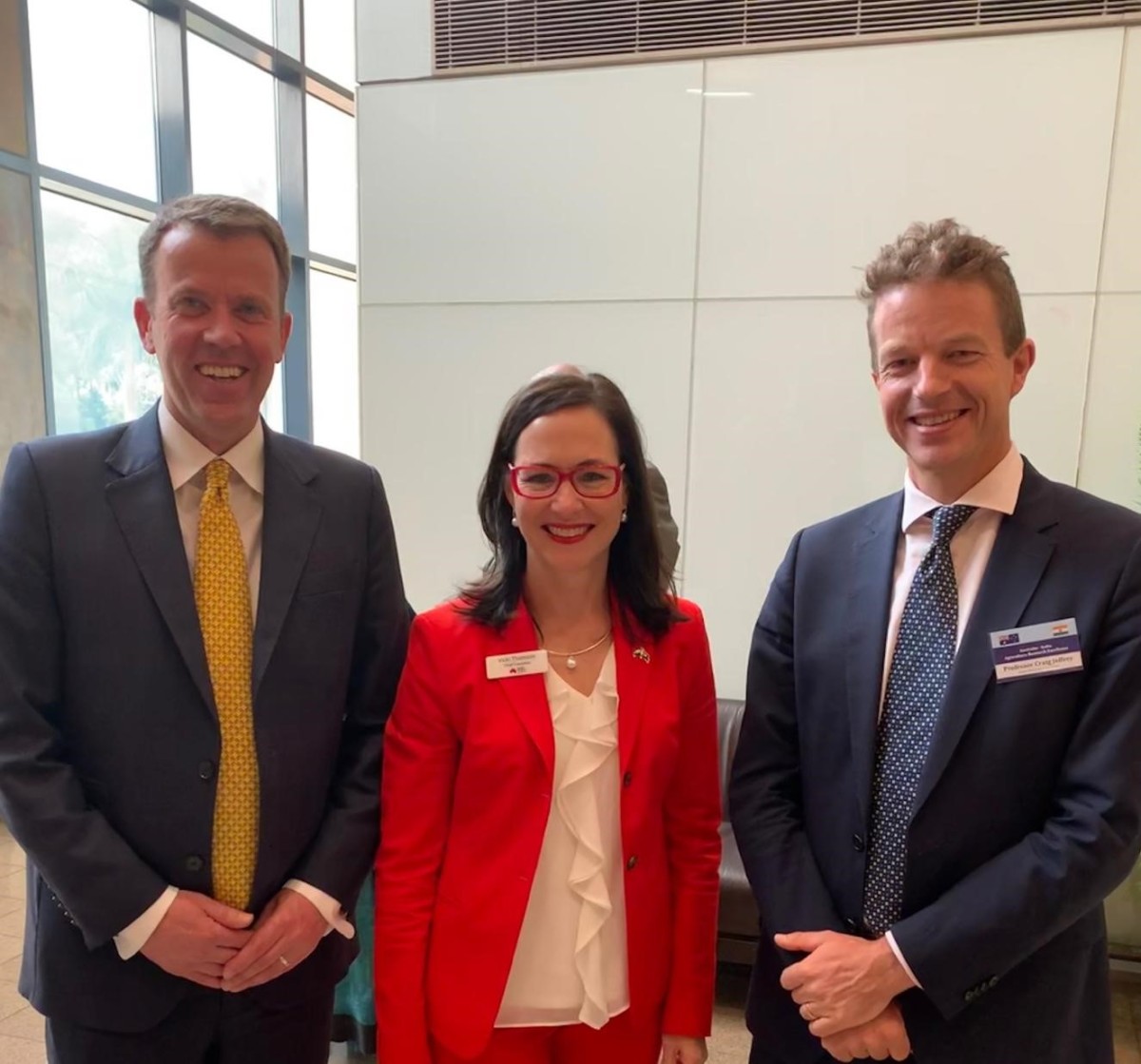 While I was in India working on the Genesis India Horticultural Collaboration Project 2019, our top universities (The Group of Eight) were in India with Federal Education Minister Hon Dan Tehan.

This is an important mission – if we can get a deep understanding of what India is driving for, we will develop collaboration that will be for the good of both countries.

The concept of just taking in fee paying Indian students without some sense of balance and collaboration could have a short shelf life.

The visit was timely and served to reinforce Go8 commitment to supporting and assisting with India’s ambitious higher education policy priorities which were recently announced.

I was impressed with this summary from Vicki Thomson Go8 Chief Executive: “We understand that by working cooperatively we can best assist where we can, developing opportunities for quality students, graduates and researchers, and, critically the future academics who will lead the vital train-the-trainer work India requires.”

“There is potential for research intensive universities like the Go8 to partner with Indian institutions and Indian industry on projects with potential to be nation building on both sides. Success in these areas can capture public imagination and support and encourage further investment and commitment from both the Australian and Indian Government’s,” Ms Thomson said.

Three Go8 universities are already engaged in Indian partnerships at PhD level. Since 2008 the Monash-IITB Research Academy has been providing joint PhD training, the University of Queensland/IIT-Delhi collaboration uses a similar model and more recently the University of Melbourne has entered into a collaboration with three of the prestigious Indian Institutes of Technology to deliver a joint doctoral degree program.

I like the language of the Go8 – “Expanding this collaboration is key to our ongoing partnership with India.”

Now, that is the pathway to the future in education. 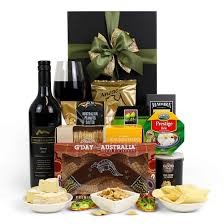 India is self-sufficient in wheat, rice, corn and milk.

But – it is becoming “richer, younger and more urban” which inevitably means consumption patterns will shift.

Just a very broad approach here – but after over two weeks in India these are the “big 6 food imports” of the next decade:

Be great to see the “Aussie Hamper” enter the gift giving market in India. 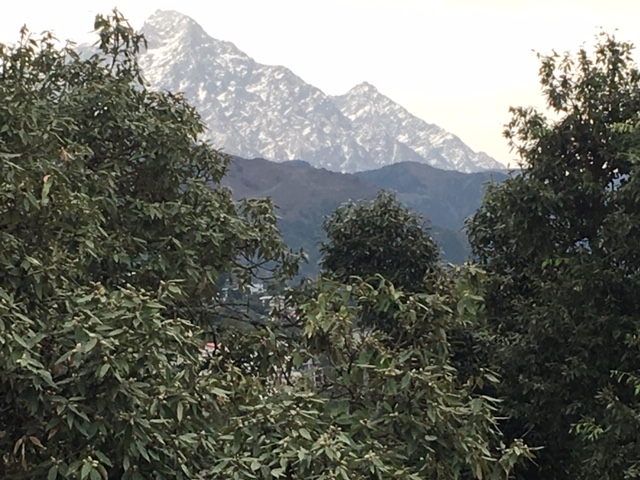 Today I am in Dharamshala, a town on the western end of the Himalayas. This picture is taken from my hotel.

In this area in the 1950’s something remarkable happened.

The Tibetans, fleeing their own country, came here in thousands along with their young leader, His Holiness the Dalai Lama.

I do not know the history too well, but I understand that India opened its arms and gave land and refuge here and in other parts of India for the Tibetans.

Today the Dalai Lama is older and looking a little frail, but his contribution to the western knowledge of Buddhism and putting “kindness” ahead of any belief system is just amazing – thanks in part to the country that hosted him.

Just another side of this country which at the time was struggling itself. 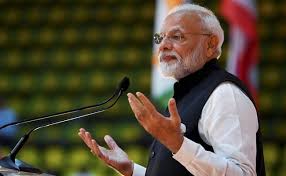 Many of us had “high hopes” for the Regional Comprehensive Economic Partnership (RCEP). In a world of “trade wars” this seemed a way to create the world’s largest trade pact. Exciting stuff.

RCEP wanted to cover the 10 member countries of the Association of Southeast Asian Nations (ASEAN), and the six countries with which the ASEAN bloc has free trade agreements (FTA). These included Australia, China, South Korea, Japan and New Zealand.

But now it seems to have gone. India has called a halt to it. Or, to be more accurate, inflexible negotiations on India’s concerns have pushed India out.

Here is a problem for RCEP – under their proposed deal, India faced a potential flood of Chinese imports.

Just look at the current global situation and you might understand the Indian approach.

The Indian Government of Prime Minister Narendra Modi has rightly highlighted that “India’s farmers, traders, professionals and industries have stakes in such decisions.” Seems RECP negotiators were not listening.

We have to “walk in India’s shoes” to fully understand this – a decision to safeguard the interests of poor and effort to give an advantage to India’s service sector while not shying away from opening up to global competition across sectors. That is the Indian view.

The view from India was they would have been required to eliminate tariffs on 74% of goods from China, Australia and New Zealand, and 90% goods from Japan, South Korea and ASEAN. In the midst of an economic slowdown, India “faced the risk of becoming a dumping ground for cheap Chinese goods.”

There was a special concern of Chinese agricultural products hurting Indian farmers.

RCEP advocates have hurt themselves by refusing to “walk in India’s shoes”. That’s no way to negotiate.