Pune-based Bajaj Auto is planning to make a foray into electric vehicles (EV) next year and is hoping to build market share in India, its Managing Director Rajiv Bajaj said Monday. The new marketing slogan is “The World’s Favourite Indian”. 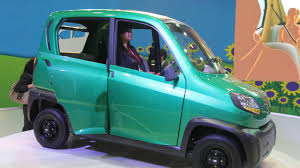 The company plans to launch electric version of its quadricycle Qute along with electric three-wheelers next year.

He also said the company would bring KTM-owned ‘Husqvarna’ motorcycle brand to the Indian market this year with “half a dozen” products in the pipeline. 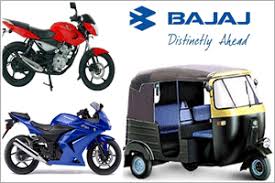 Bajaj said the company has leadership positions in over 20 overseas markets such as 70 per cent share in Bangladesh and around 50 per cent in Nepal and Sri Lanka and it would like to replicate this in India.

“We would like to be a little more successful in the domestic market than we have been so far in the motorcycles market,” he said.

In India: “We have only 20-21 per cent share. We think now the time has also come that after having done a good job overseas, after having huge dominant position in India in three-wheelers, it is about time we make the same impact in the domestic motorcycle segment in India as we have done across the world.”

Other big motorcycle makers in India are Yamaha, TVS and Honda.

Bajaj also has a partnership with British niche bikemaker Triumph.