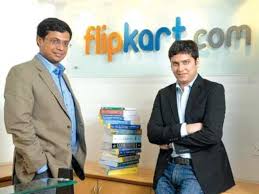 Year 2007 saw a landmark event in the history of Indian enterprise – one of many events that mean you should change your strategy for India market entry.

Flipkart was valued at US$ 21 billion when it was eventually acquired by Walmart in 2018.

The success of the Bansals also inspired many a startup journey in this period. Flipkart was obviously not an isolated event.

Deep Kalra, (pictured below) Founder, Chairman and Group CEO, MakeMyTrip.com, got acquainted with the potential of the internet as an avenue for distribution while working at GE Capital and decided to set up the popular travel portal. 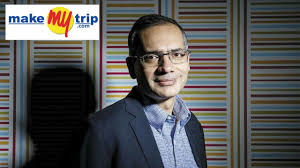 The most significant game changer is the manner in which mobile phones and more specifically smartphones have penetrated the Indian market. The direct implication of this has been that a large majority of Indians have, or are about to access the internet for the first time on their mobile phones.

A report by Kantar-IMRB in March 2019 estimated India’s internet users at 566 million, projected to reach 627 million by the end of the year.

Around 97% of India’s netizens use mobile as one of the mediums.

This has created new avenues of growth and spurred startups like InMobi, Ola, Zomato, Practo, UrbanClap, BigBasket, Pepperfry and more.

These startups have been fueled by several other factors – increasing affinity towards entrepreneurship, potential of the Indian market, globalization and the resulting interface with other ecosystems (particularly Silicon Valley), rising confidence towards startup funding and facilitating policies.

According to the NASSCOMZinnov Startup Report 2019, the ecosystem added around 1,300 startups in 2019, taking the total to 8,900 tech startups.

India ranks third both in the number of startups and unicorns. The aggregation space has definitely been the beehive for startup innovation. The top ten unicorns of India as on date include 6 aggregators, two fintech firms and one edtech firm.

A welcome trend is that of well-established corporates engaging with startups to bring greater innovative capabilities in their own DNA. This could be pivotal for India as it seeks to move ahead of the curve in areas like AI and machine learning.

Meantime China is part of this Indian story.

Chinese tech giants Alibaba and Tencent, early-stage investors Hillhouse Capital and CDH Investments, large corporations such as Meituan and Fosun, and smartphone makers Xiaomi and Oppo — a little over 100 Chinese firms have made investments in Indian startups.

Chinese VCs have invested over USD8 billion and hold large stakes in a number of Indian startups, including unicorns and “soonicorns”.

Thanks to the Trade Promotion Council of India for information for this blog.