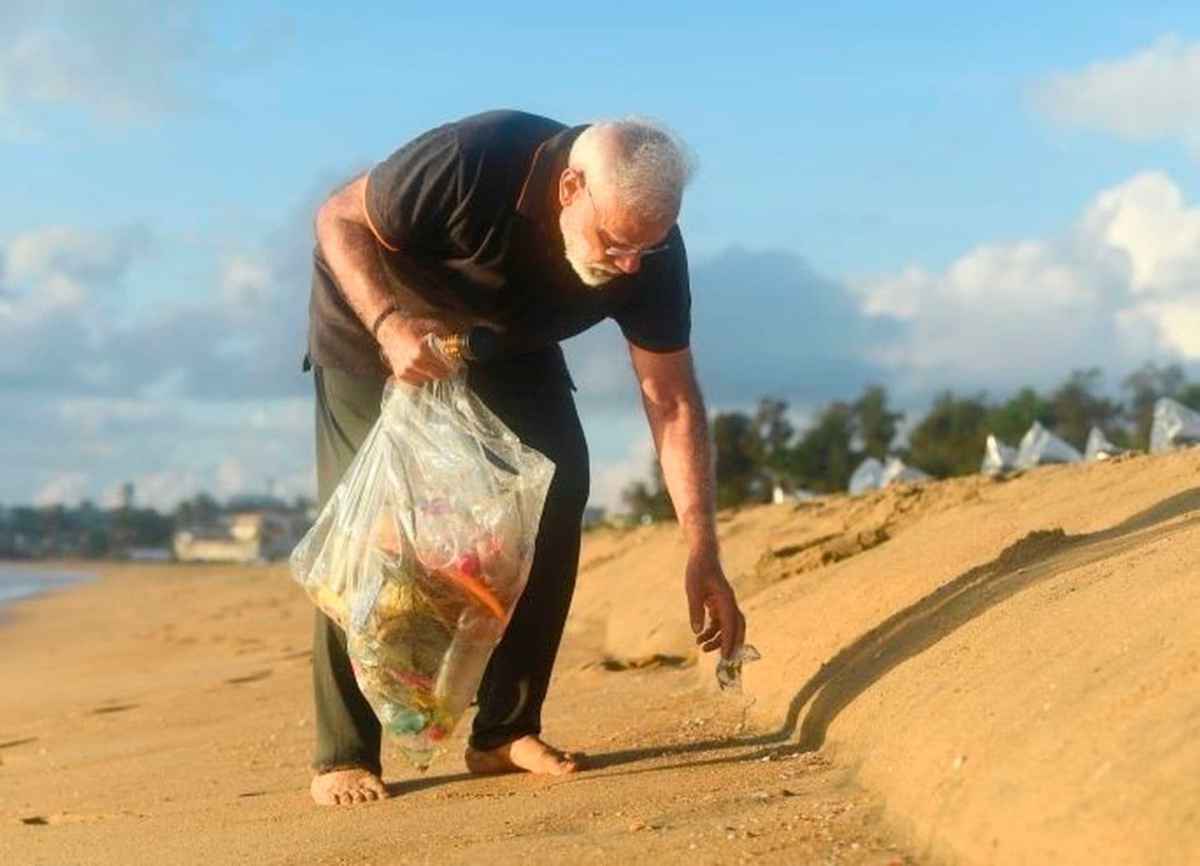 Into India has always said Indian Prime Minister Narendra Modi is different – in a very good way! News this week gives another example.

As part of his cleanliness drive, PM Modi picked up trash Saturday (pictured above) from a beach in the southern temple town where he hosted Chinese President Xi Jinping.

Modi released a short video on Twitter showing him walking barefoot in the sand, collecting the trash in a bag on Saturday morning in Mamallapuram in Tamil Nadu state (pictured below).

He tweeted, “Let us ensure our public places are clean and tidy.”

Modi launched a “Clean India” campaign after he became prime minister in 2014.

In a radio talk last month, Modi lauded the efforts of an Indian “plogger,” Ripudaman Belvi, who launched a campaign to pick up litter while jogging.

Modi said that “plogging” is popular in foreign countries, and praised Belvi for promoting it in India.

We told you he was different! Let’s have more like him.

One thought on “Indian PM Modi picks up rubbish on the beach – how many PM’s and Presidents would do that?”