The numbers in India are always big!

India is likely to add over 1.4 million new IT jobs by 2027, primarily driven by emerging technologies like cybersecurity, Internet of things (IoT) and Big Data, a report by Cisco-IDC said. 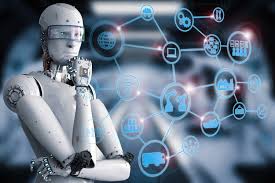 “Of the 9.1 million IT positions in India in 2017, 5.9 million job postings from employers were for new-age roles,” it added.

The report said roles like social media administrator, machine learning designer, and IoT designer would be most sought after in the coming years.

It pointed out that about 22 per cent IT professional respondents said they self-funded their certification courses, while about 50 per cent of them underwent some training in 2017 – a reflection of the growing importance of upskilling in a rapidly changing technological landscape.

About 15 per cent IT professional respondents said took training leading to certification in 2017.

Interestingly, the report stated that seven out of 10 organisations look for IT certifications when hiring or promoting and getting certified put an applicant ahead of 85 per cent of his/her peers.

2 thoughts on “India to create over 1.4 million new IT jobs as digital disruption gains pace”