Forgive me for being parochial in this blog, but I just have to talk about my home city of Melbourne and our state of Victoria – so well known to tourists for the Great Ocean Road (pictured below).

Victoria’s exports have hit record levels and are still growing as the Victorian Government helps more Victorian companies break into global markets and create local jobs. Exports from Victoria grew 6.45 per cent to reach a record $51.6 billion in 2017-18.

Victoria’s services export performance has been particularly strong. Valued at $22.5 billion in 2017, it now represents more than 40 per cent of total Victorian exports.

This has been driven by sectors like international education, which has grown 98 per cent since 2012 to $9.8 billion, and tourism which is up 62 per cent to $4.8 billion over the same period.

Medical technologies and pharmaceuticals, a key sector identified for support through the government’s $200 million Future Industries Fund, has seen substantial growth, with exports of pharmaceutical products surging 72 per cent in the past two years to $1.56 billion.

Victoria is Australia’s biggest exporter of food and fibre, another key sector the Victorian Government is supporting, with exports reaching a record $12.8 billion in 2016-17. Victoria now accounts for 79 per cent of Australia’s dairy exports, 52 per cent of animal fibre, 45 per cent of horticulture and 38 per cent of prepared foods exports.

Victoria’s export growth is even more impressive given it has come over a period when the state’s single biggest exporter, Toyota, ceased production, highlighting the diversity and strength of our export sector. 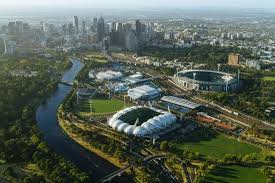 The Victorian Government offers a range of services to help local businesses get export ready, prepare market strategies and understand regulatory requirements so they can start taking their products and services to the world.

Since December 2014, more than 4600 Victorian companies have participated in 130 government-supported inbound and outbound trade missions, resulting in more than $267 million of actual export sales.

The government has also grown Victoria’s network of international trade and investment offices (VGTIs) to 22, which is more than any other state, and put in place strategies to grow trade and investment with key markets including China, India, Latin America, and Southeast Asia.

So – looking for a dynamic, quality partner or location for business and education? Try Victoria!

Above pic – just one hour drive from Melbourne CBD is the beautiful wine and food area the Yarra Valley and one of the great forest drives, the Black Spur. 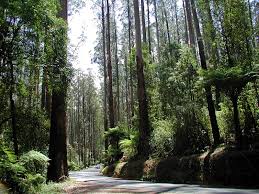