Former Labor Government Minister and current Chancellor of the Australian National University – Gareth Evans – has raised an important challenge for Australia that is too often swept under the carpet.

Here is the view of Gareth Evans:

“The “bamboo ceiling” in Australia is real. Asian-Australians now comprise up 12 per cent of our total population but hold only around 3 per cent of senior leadership positions in our public institutions and ASX 200 companies. They have been an under-appreciated and under-utilised national resource for far too long.” 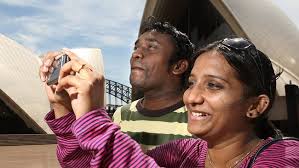 Gareth Evans sums it up so well:

“The bamboo ceiling is an issue on which we have ducked and weaved and dithered for too many years. The Asian century is off and running and we have in our midst a fantastic community resource with which to take maximum advantage of all the opportunities it offers.”

Removing the “bamboo ceiling” would reduce Australia’s anxiety and uncertainty over Asia – it would allow Australia to play a big role in the “Asian Century”.

One third of the world’s population lives on our doorstep – and they are on the rise as economies and powers.

By getting our own house in order – removing the “bamboo ceiling” – we can live positively and well in the world’s most exciting region.

China and India are our biggest source of migrants – let’s give them every opportunity.