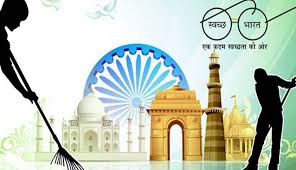 “The biggest global story you haven’t heard about right now is India’s sanitation drive,” according to my friends at FUTURE CRUNCH. See https://futurecrun.ch/

Since 2014, 90 million toilets have been built, 93% of households now have access, and 500 million people have stopped defecating in the open.

This is change on a massive scale – but not such a big story for the short concentration span of the major media. 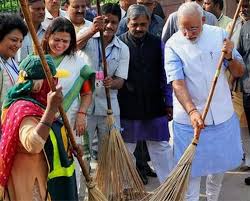 The government claims that since its Swachh Bharat Mission programme started in October 2014, 500 million people have stopped defecating in the open, down from 550 million at the beginning of the programme to less than 50 million today. Over 90 million toilets have been built across rural India under the Mission. 615 districts have been declared ODF, along with 30 ODF States and Union Territories, as per the government.

“A clean India would be the best tribute India could pay to Mahatma Gandhi on his 150-birth anniversary in 2019,” said Shri Narendra Modi, Indian Prime Minister, as he launched the Swachh Bharat Mission at Rajpath in New Delhi.

Swachh Bharat Abhiyan or Swachh Bharat Mission is a nation-wide campaign in India for the period 2014 to 2019 that aims to provide sanitation, clean up the streets, roads and infrastructure of India’s cities, towns, and rural areas. The campaign’s official name is in Hindi and translates to “Clean India Mission” in English.

It is India’s largest cleanliness drive to date with three million government employees and students from all parts of India participating in 4,041 cities, towns, and rural areas.

Do you agree this could be the biggest story in the world today that you have not heard about?