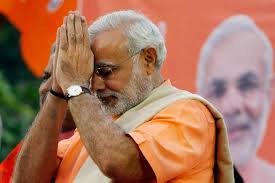 Prime Minister Narendra Modi swept into power in 2014 with the first single-party majority government in over three decades – thus holding out the promise that “things would happen”. With results to come in this week for Indian elections, it is time to ask: Have things happened?

PM Modi has been an achiever for India and his legacy will continue whether he wins or loses this week – with higher expectations from governments, more revenue for governments, increasing digitisation and anti-corruption – and an expectation that India is a global player and needs global political leaders like Modi.

There are four achievements of Modi that have changed and are changing India forever – and for the better.

The first was to show he was serious about ending corruption – his Demonetisation move shocked many, hurt the economy short term but sent a clear signal. Indians had been used to governments paying lip service on corruption – Modi took action. Increasing digitisation of government means less opportunity for corruption.

Second, the world’s biggest tax reform was his Goods and Services Tax (GST), long talked about in Indian politics but it took the skills of Modi to make it happen. Modi was outstanding in gaining state government support, essential to the process. Government revenue is now getting to where it should be. As a result, governments in India are awash with money and can now do things.

Third, Modi knew that the key to improving India’s attractiveness to global investors and businesses was reform of the Bankruptcy law. Since Modi, business leaders who had run their businesses into the ground would be called to order and stripped of control. He was also a global sales person for India – vital in the global economy.

Fourth, Modi has also activated the 29 state governments by financing and introducing competition. Indices, which rank states on the ease of doing business, health, education and water, already creating energy and activity in every state capital.

I am not saying each of these were done flawlessly but given the history of India it is amazing that they were done at all. Yes, there is a lot to be done. But against the odds and expectations, Modi has made significant change to India that will last for decades or more. Win or lose, he has earned his place in history. 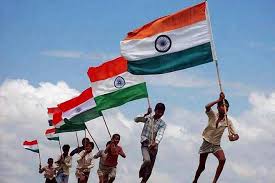