This chain started in India, expanded to China and has now invested heavily in Indonesia. It is called OYO (On Your Own) and was started in 2011 by then 18-year old Ritesh Agarwal. It is like the “Uber” of hotels – acquiring and setting standards for previously struggling hotels.

The group now has more hotel rooms in India than Taj Hotels – of course, Taj is at the top end while OYO has been a big provider of budget rooms.

Within three months of its foray into Indonesia, the company has launched the first phase of expansion in 16 cities and witnessed a 5x growth. It aims to expand to 100 cities by the end of the year.

The company is adding on an average 70 hotels in Indonesia every month.

OYO created a uniquely Chinese identity for its local Chinese business and is localising in Indonesia. 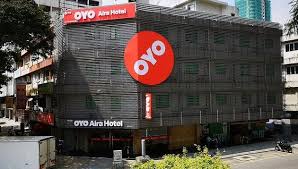 The company has already started operations in Malaysia and will enter Philippines soon.

It plans to have a pan-southeast Asian presence by the end of the year, before it starts making a move towards Europe.