The Indian state of Maharashtra and the capital, Mumbai, is situated in the western region of the country – but really it is central to almost everything.

We know and love the state’s capital, Mumbai, as the commercial and financial capital of India – plus with heaps to interest both business and tourism. The city is home to several global banking and financial service firms, plus India’s stock exchanges. 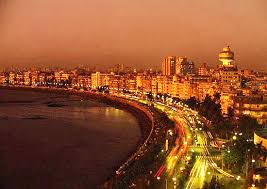 Pune is a city I really love and recommend not just because it is on the edge of the most beautiful mountain range. It has emerged as the educational hub.

Maharashtra has emerged as a key hub for IT and ITeS, electronics and business outsourcing industries.

If you are not convinced, look at these numbers:

Mumbai is always on my itinerary for India – and there are many other cities worthy of our attention.