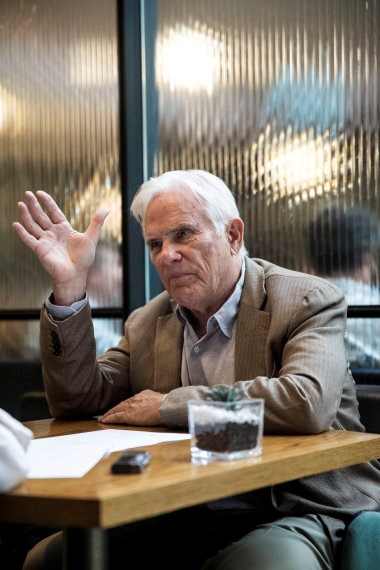 INTO INDIA recently called for an end to “Australia giving Asia a lecture”.

In an interview in the Australian Financial Review, McCarthy said: “American power is diminishing, whichever way you look at it. Chinese power is increasing. We don’t like it. And we are not doing much about it. Part of the reason why is because there is no popular understanding of why it’s important. So, the political class are not giving it the huge amount of thought they should be.”

He is concerned that our political leaders publicly criticise China because they think the Australian electorate will support it.

More from McCarthy: “What we should be doing now is working quietly with other nations to present “a united, cogent front” against China’s excesses. Instead, our politicians are playing the punters, using foreign policy to win support at home.”

He made the key point that Japan, Vietnam and India all have much bigger problems with China than we have – border issues and very considerable policy differences that go back many years – yet they are very careful. “Occasionally they will make a strong criticism of China, but they hedge. They are cautious. They are measured,” he said.

When Australia made a loud and public call for the coronavirus investigation, McCarthy was well placed to judge the reaction in Asia.

“The immediate reaction of my Asian friends to those comments was ‘Why are you following Trump on this?’ When you are looking for respect, you don’t follow the words and actions of the most condemned American I can think of.”

So, what is ahead for Australia in Asia?

“I think over the longer term it can get back to a more mutually respectful, interest-based relationship. At some stage we will have to get the thing back into some sort of kilter. It is really totally wrong right now.”

“We don’t want to be seen by our regional friends as the voice at the table that could be an embarrassment – yet I think we are.”

Can we gain respect? McCarthy’s concluding remarks are a powerful lesson in diplomacy.

“The Chinese may not like us, but it would be nice if they respected our views,” he says. “I think partly because of the way we have said things, pronounced on things, they have put us in the same basket as Trump and that is seriously hurtful to Australia.”

He also says it’s not just China we need to worry about.

“If we want to contribute to the responses to the changes in the region, we don’t want to be seen by our regional friends as the voice at the table that could be an embarrassment – yet I think we are. Because of the way we sound off, the small country echoing Trump, the countries that are more measured in the way they deal with China are thinking, ‘Do we want to be closely associated in public with this maverick?'”

Right there is the challenge for Australia.