A lot can happen in one day, especially when we are dealing with India where change is super fast.

My day began with a visit to Melbourne’s Immigration Museum (in the last two centuries over 9 million migrants have made Australia home) and saw the wonderful Gandhi exhibition. It focuses on the early development of “Ahimsa” and “Satyagraha” and showed peaceful protests such as the salt march. Clearly the colonial power, England, had no idea how to respond and the march to freedom stepped ahead.

After such a peaceful visit, I thought to check the business news out of India – and saw 5 stories in one day that show what is happening there and perhaps why you should be there.

As per the World Economic Situation and Prospects 2018 report of the United Nations, the Indian economy is projected to grow at 7.2 per cent in 2018-19 and 7.4 per cent in 2019-20. The report indicates that the outlook for India remains largely positive, underpinned by robust private consumption and public investment as well as ongoing structural reforms.

The country’s 100GW solar mission target will be achieved ahead of its target in 2022, Minister for Science and Technology Harsh Vardhan said today.

India has overtaken the United States to emerge as the second largest producers of casting, behind China from last year, a top functionary of the Indian Institute of Foundrymen (IIF), said here today. The production in the country stood at 11 Million tonnes, valued at 19 Billion U.S Dollars in 2017, behind China, which produce 40 million tonnes, IIF president Amish Panchal told reporters here. Stating that the foundry sector needs to grow at least three-fold in the next 10 years, he said the industry employs about 2.5 million people.

The major ports in India have recorded a growth of 4.77 per cent and together handled 679.35 Million Tonnes of cargo during the period April 2017 to March 2018 as against 648.39 Million Tonnes handled during the corresponding period of previous year.

Indian Railway has inducted three numbers of 09-3X Dynamic Tamping Express machines, the state of the art integrated track maintenance. These machines were inaugurated and flagged off by Shri M.K. Gupta, Member Engineering, Railway Board at Faridabad. Seven number of such machines are planned to be included within next six months in the present fleet of 874 track maintenance machines over IR for deployment on heavy density Routes. 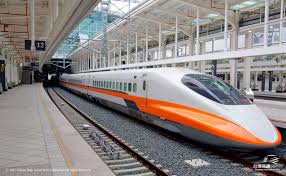